This is a fanciful drawing of the Can Kickers by a fan. We love our fans! 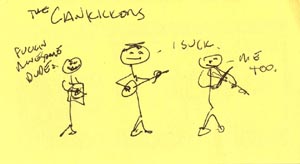 A funny picture Alice sent us

Dan and Dan attend an artist party and get drawn 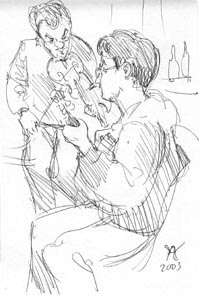 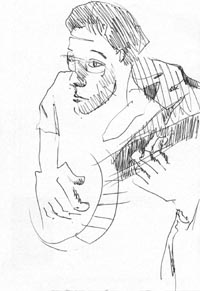 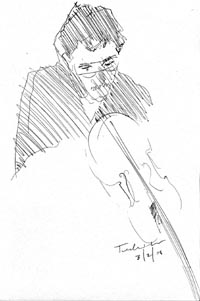 The following works were produced by the Can Kickers & John Lentz at the Frist Center For The Visual Arts in Nashville, Tennesee.

The Artist (Doug Schaefer) Explains His Work: "This piece was inspired by the listening station in the Kids activity center. I was wondering why the tables were so low..."

Daniel Spurr- "I wasn't allowed to look at the drawing I was making while I was making it, only at the "manikin" that I was supposed to draw. I peeked a couple times." 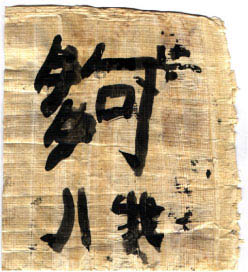 These two chinese writings were done by Jon Lentz. This one he says is gibberish... 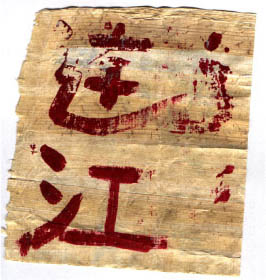 ...This one says "Jon Lentz", or something to that effect.

Daniel Thompson- "I was instructed to peer into a small, flat screen, kind of like a computer laptop screen, but thinner. To my surprise I saw a strange man inside who seemed to ape my every movement. Eventually this person, or hologram (I suspect it was a hologram or close-caption tv screen) settled down and I was able to make a rough sketch. This is the result." 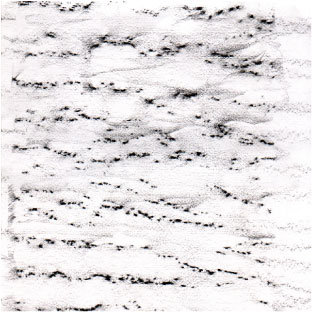 This is a rubbing done by Daniel Spurr. Nothing more, nothing less.